What Is a Sump Pump? 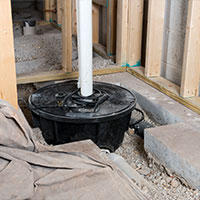 How Can I Tell If My Sump Pump Is Broken?

If you have water pooling around your home, your sump pump isn’t doing its job. However, you can have regular inspections to make sure that your sump pump is operational. It’s a good idea to check your sump pump if there’s a big storm on the forecast. Checking your sump pump is relatively easy. First of all, grab a five-gallon bucket, and fill it up with water, you’ll use this water to trigger the pump. Next, remove the sump pump lid (Don’t forget to return the lid when you’re done—it keeps moisture levels low throughout the lowest level of the home, and it may protect your home from radon.). Then, pour your several gallons of water into the drain. The sump pump should be triggered with just a few gallons. It should turn on, pump water away from the home, and then shut off once the water level has returned to normal. 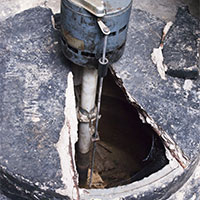 Unlike most of the plumbing throughout your house, your sump pump is rather complex. As a pump, it can fail due to electrical and mechanical issues. If, for instance, your pump isn’t being triggered to operate, the sump pump float may be caught (By the way, the float in a sump pump is similar to the float that you’ll find in a traditional household toilet; however, a sump pump float triggers the pump to operate, whereas a toilet float triggers the water to shut off after the toilet reservoir is full). Your sump pump can fail if it isn’t plugged in or the power is severed; it can fail if the pump has lost its suction; it can fail if the vertical pipe is leaking; and it can fail if the pipe leading from the weeping pipe is clogged. In any instance, your home may flood, so it’s imperative that you assess and fix your sump pump if you notice any signs that it has failed.

How Long Do Sump Pumps Last?

Sump pumps tend to last about a decade or so. If you have a sump pump that is more than a decade old, and that pump isn’t operating as it should, you should replace the pump rather than repairing the old pump. Otherwise, your pump is likely to fail once again.

If you have a sump pump that’s acting up (and you live in Addison, Elmhurst, Carol Stream, Wheaton, Winfield, Lakewood, Wayne, Keeneyville, or Bloomingdale), give us a call here at InSink Plumbing. We provide sump pump maintenance, installation, and replacement services. Learn more about our sump pump services, or get in touch with us to get started.